Digital Marketing
What we do

Pearson PLC is the world’s leading learning company, with 40,000 employees in more than 70 countries working to help people of all ages to make measurable progress in their lives through learning. They provide learning materials, technologies, assessments and services to teachers and students to help them aim higher and fulfil their true potential.

Designing a digital alternative to the BTEC Options print guide, Pearson had called on Urban Element in September 2019 to complete an initial social media audit to understand how best to reach their young target audience. With their new BTEC Works website released, we were humbled to have Pearson return to Urban Element to execute the social media campaign recommended in our initial audit.

Setting the foundations through audit and education

As both the department and the team were new, there was a lack of data to indicate how they would resonate best with their audience. Urban Element came in to identify a clear direction, recommend on best practise and educate staff on how to effectively execute a social media strategy for the BTEC brand. 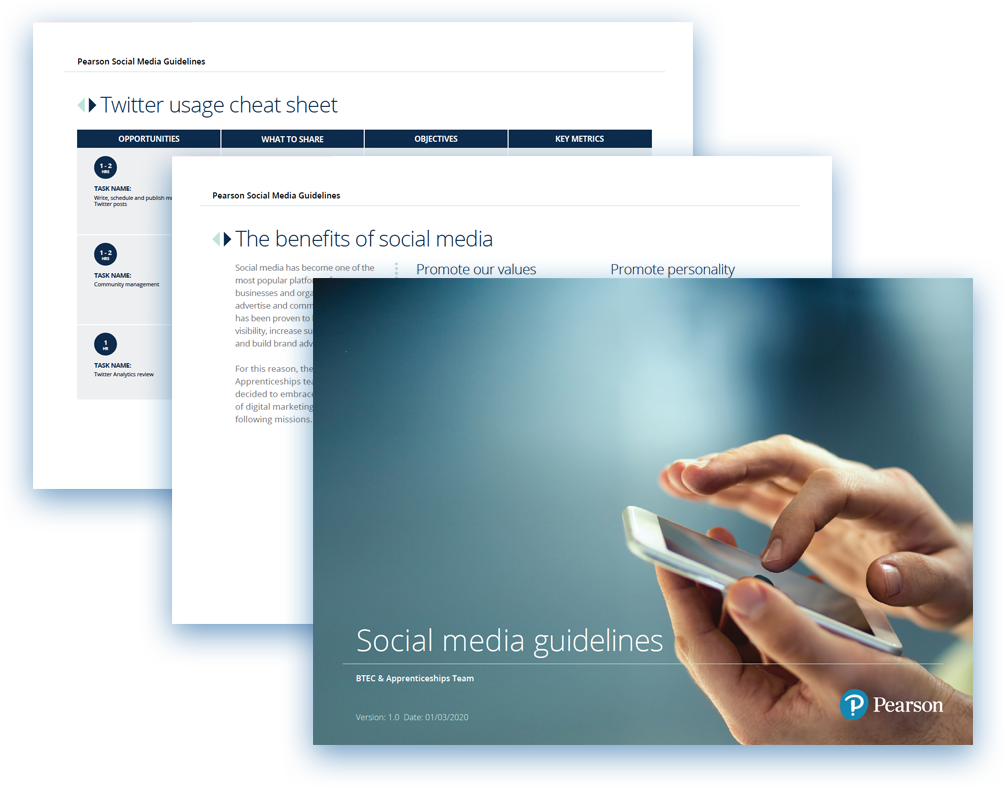 Design, develop and execute a social media campaign that would appeal to BTECWorks young audience through both their curated Instagram feed, as well as Instagram advertising. 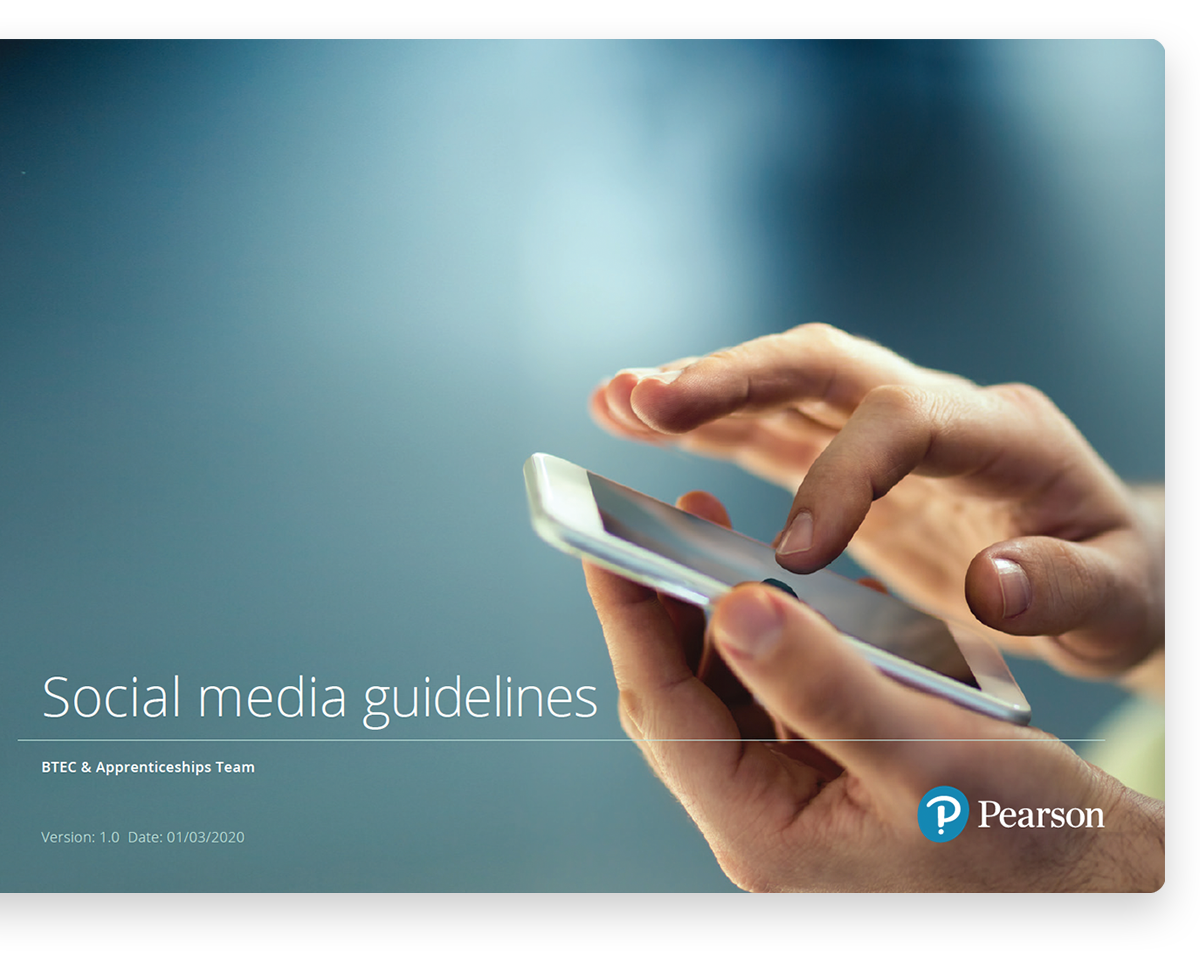 Bringing in digital experts for a digital solution

While the BTEC team was primed to thrive after our workshop, plans were being made to introduce a new digital alternative to the BTEC Options print guide. With the students averaging 14-16 years of age, with some 19+, Pearson believed that social media would be the primary means by which many students found them online. Particularly Instagram.

Impressed with our performance through the social media audit and workshop in 2019, Pearson returned to Urban Element in September 2020 to design, develop and execute an Instagram advertising campaign to promote their digital alternative to the BTEC Qualification. 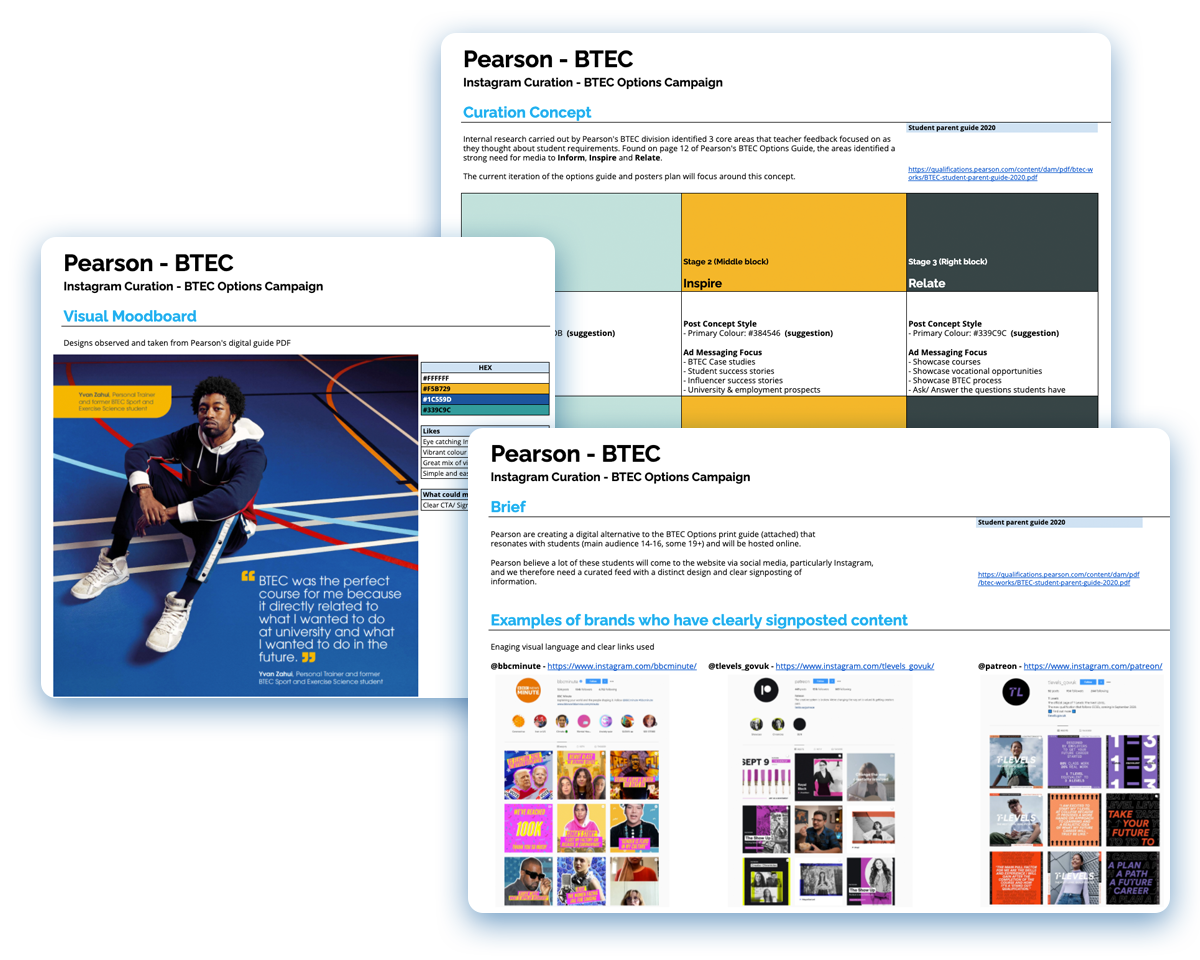 We take social seriously. To find the campaign theme that was going to get Pearson the results they desired, we put our heads together and followed our tried and tested process:

By applying such structured steps to our social media campaign creation, we can go to our clients offering assurance that every possibility has been considered. The strategy put forward is the one with a maximum opportunity for cut through. 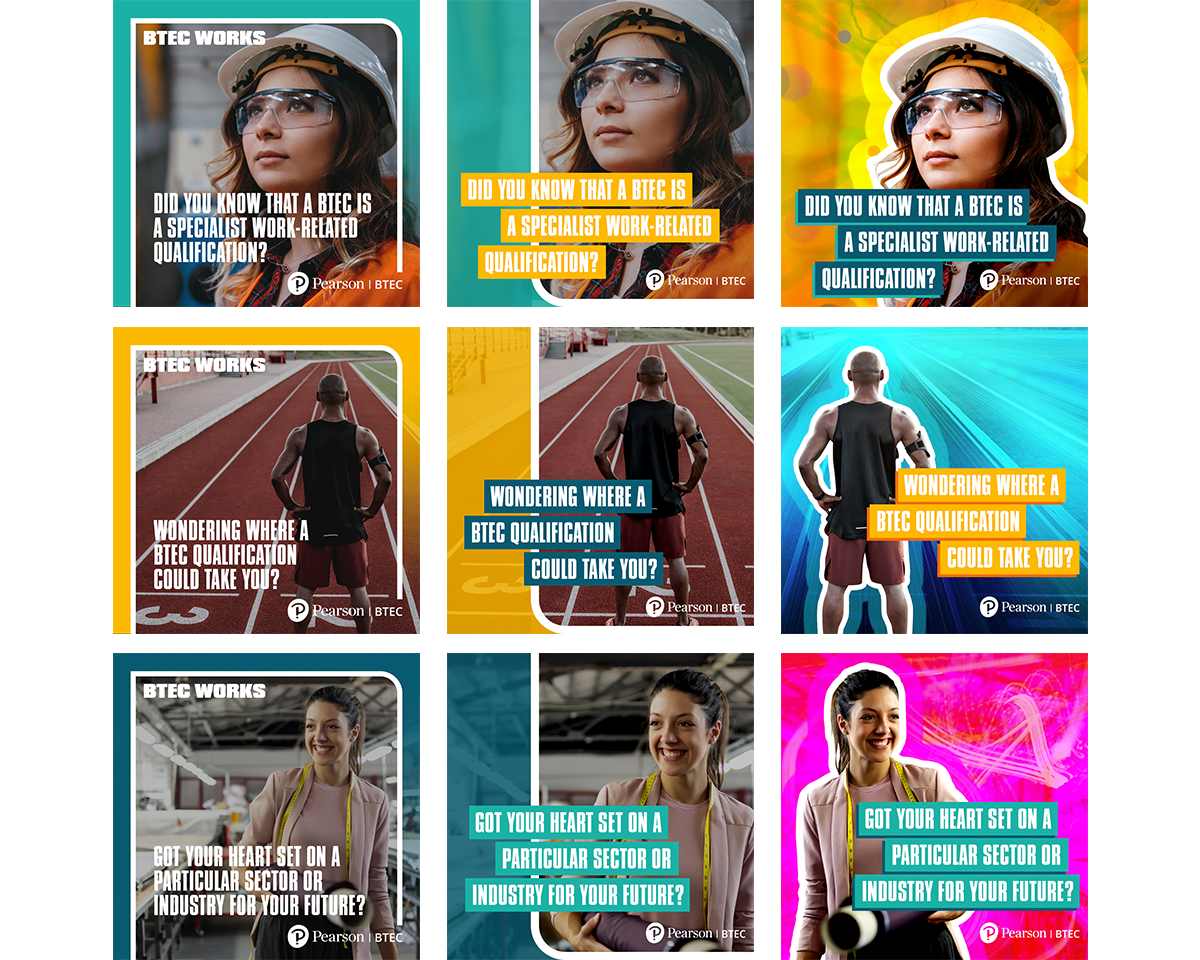 Putting a face to the campaign

As an education platform, there was a huge opportunity to tell past students’ stories while answering questions of future students in a fun and engaging way. To do this, we curated their Instagram feed to have a distinct design and clear signposting of information.

Using real BTEC students, each post gave a face to the program, which ran over 30 days and offered useful information for future students and powerful stories about past students. 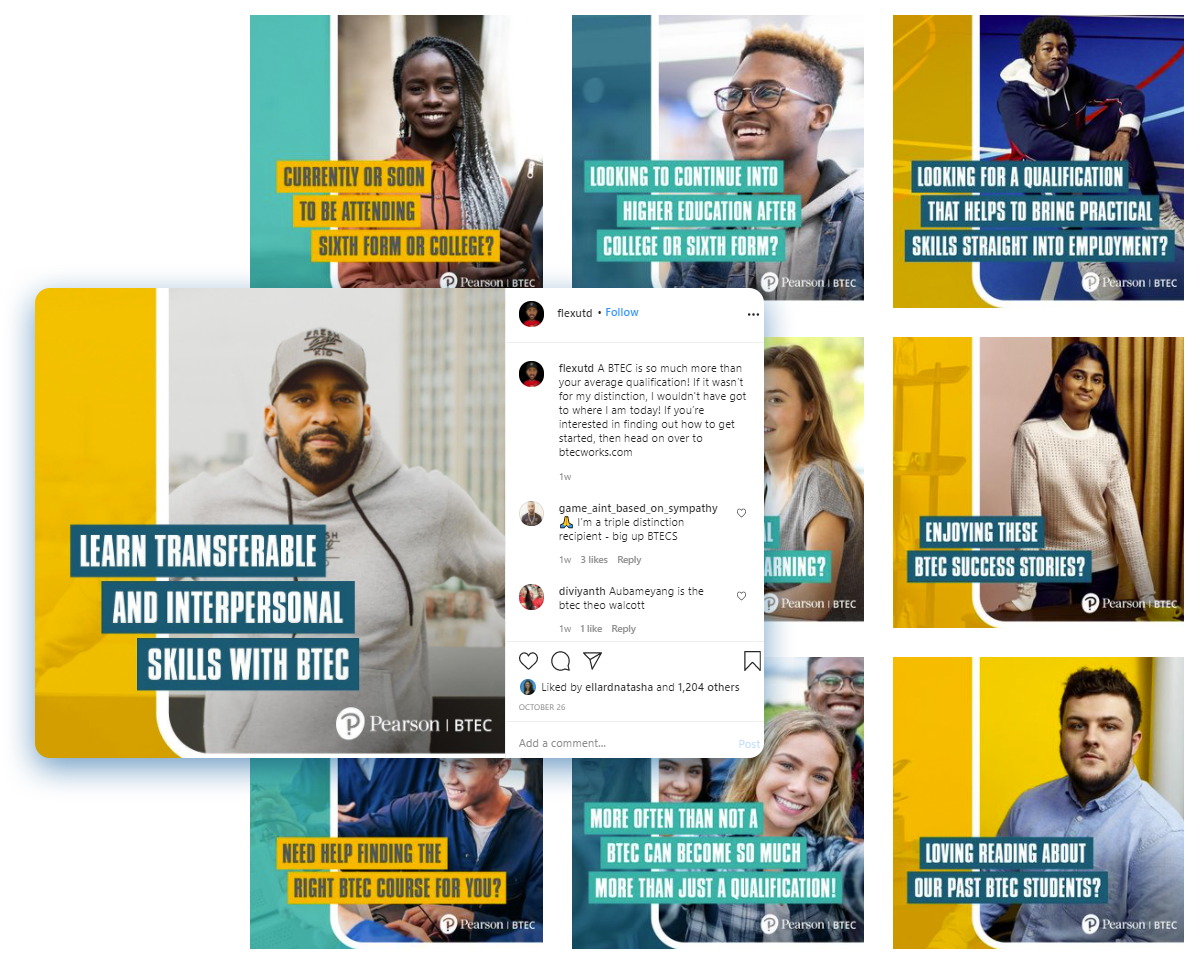 Using past students, we also activated a sense of pride in them, which led them to share the content that was released through the campaign. On its own, the campaign gained 121 followers, 340+ total likes, and reshares from BTEC successors, Flex and Teanna Maguire.

With the combined likes between the reshares and BTECWorks, the campaign reached a total of 1,560+ likes.

One of the successors, Flex, had a big following and gained 1,205 likes, 12 comments, and 41,900 followers. To help support this success a little further, our social media specialist tweeted a thank you to Flex, which achieved a retweet from Flex himself. This received three retweets, 77 likes, and went out to 105,800 Twitter followers.